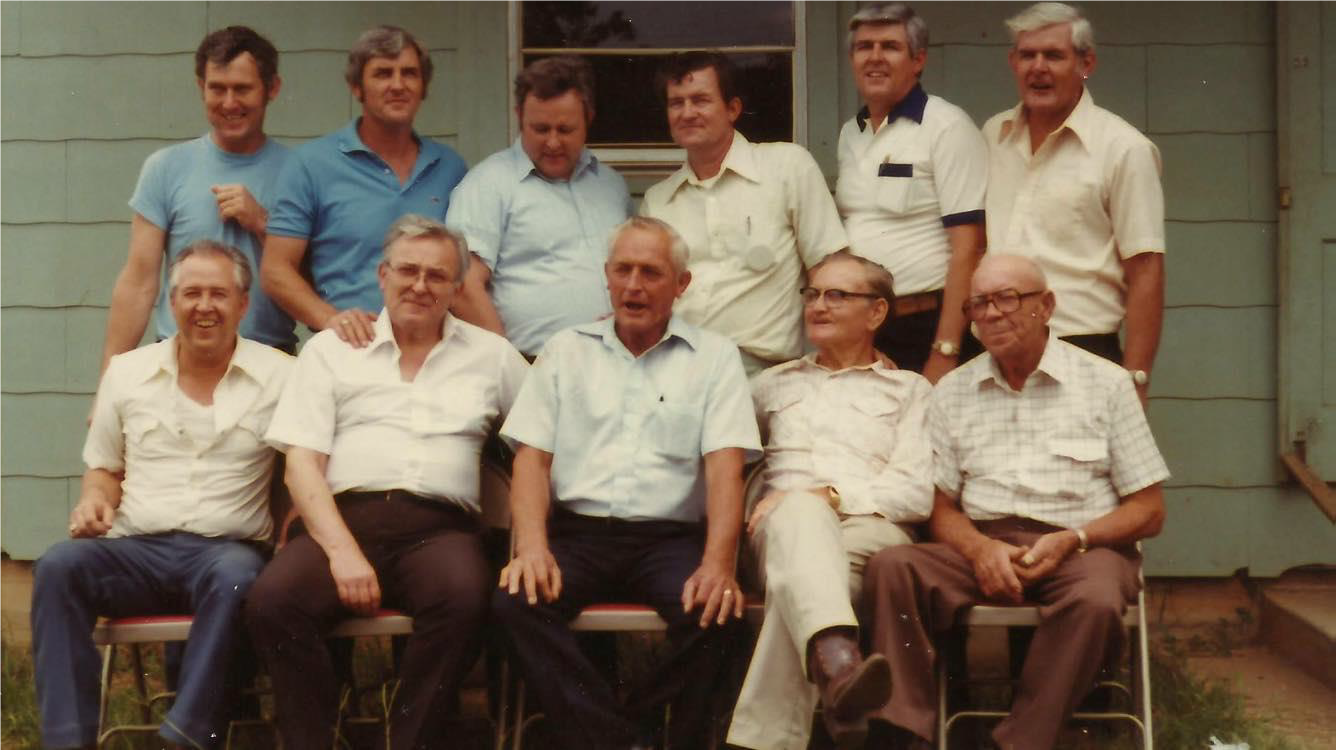 I have known about Huntington’s as far back as I can remember. My family has lived with it for a very long time. I have two sisters. Our dad has Huntington’s. He is the first one on the bottom row left. I’m not sure when this picture was taken but my uncle behind him passed away in 1986. These 11 are from 16. There is one other uncle that just didn’t happen to be there that day. But, the other 4 were already gone from us. One from a drowning in his early 20’s, one from a heart attack, two from Huntington’s. Five are still with us today. What we have learned in our family journey is that there is no right or wrong way to live with this in your family. There is only the way that works for you and your family.

1st Generation - Through ancestry research by several members of our family, we believe we have traced it back to Mary Elizabeth Lilley, who is my great-grandmother on my father’s side of the family. We don’t know anything about her except that she was my grandfather’s mother.

Our family comes from very rural Louisiana and there just isn’t much information to be found out about her. We believe she was born in 1846 and died in childbirth with our grandfather in 1885. She had a son from a previous marriage when she married our great-grandfather. We haven’t been able to find out anything about him either. We have to believe this is where it started because no one in our greatgrandfather’s bloodline except for our grandfather has ever developed Huntington’s.

2nd Generation - My grandfather was born in 1885. He married in 1905 and together they had 3 sons. His first wife died in 1915. He then married my grandmother in 1919. Together, they had 13 children. Which is not that unusual for that time, but, the unique thing about them is that my grandfather ended up with 16 children and only one of them was a girl. 15 boys and 1 girl!!!

Our family has experienced every level of Huntington’s. My grandfather lived to be 84, but mostly what I remember of him as a child is him being in the bed all the time and my grandmother doing everything for him. I don’t know when he was actually diagnosed with Huntington’s or if he ever really was until it started to show in his children. Especially since he lived into his eighties.

3rd Generation – Five of our uncles and our aunt developed Huntington’s. They all fell into the “normal” age range of development. I remember our aunt mostly because she lived with our grandparents. I think she was the first to really show signs, even maybe before my grandfather. At that time in the early 1960’s there wasn’t much known about Huntington’s. They at first thought she was schizophrenic and she was put into an institution. I just know that from the point in my life that I remember people in my family talking about the “disease”, I and all my cousins have lived with it always in the back of our minds. Because it was so horrific for Aunt Pauline, it weighs very heavy on us. She passed away at age 49.

My father, like our grandfather, was not diagnosed until age 70. He will be 83 this October. If you can be blessed in this, we have been. Our dad lives with us now and because we are close to Vanderbilt University, we have been able to get him the best of care at the HDSA Center of Excellence. He truly has a quality of life that I can only wish my aunt had had the opportunity to have.

4th Generation – This generation has also been affected. Our Aunt Pauline’s two children both developed Huntington’s and both passed away in their early 50’s. This clarified for us that Huntington’s can come through either parent. We have two other cousins that are currently in their 40’s and have been diagnosed positive. One of our five uncles with HD was their father. We also have some older cousins that have been recently diagnosed. And, until we realized that there was late development Huntington’s, we all just held our breath until we reached 50. Thankfully, there are new medications and much more understanding for this generation.

5th Generation – Praying this generation will have the answer.