Stephanie Hart moved around the Tennessee area a lot throughout her life. Stephanie described her childhood as there were good times, but also bad times.

“I remember trying to talk to my mom about them when I got older, and she would deny it,” said Stephanie. “I never understood why those things happened until recently. There was more going on than any of us could see.”

For most of her life, Stephanie’s mother, Katheryn, worked two jobs. Then, she was in a horrific car accident that left her unable to walk.

“She had to use a wheelchair and walker till she learned how to walk again,” Stephanie explains. “She fought hard after that wreck and went through multiple different surgeries.”

As the years went on, Katheryn started to have symptoms that was misdiagnosed. Stephanie and her sister would later learn that her mother was diagnosed with the gene the causes Huntington’s disease (HD), a fatal genetic disorder that causes the progressive breakdown of nerve cells in the brain. It deteriorates a person’s physical and mental abilities during their prime working years and has no cure. 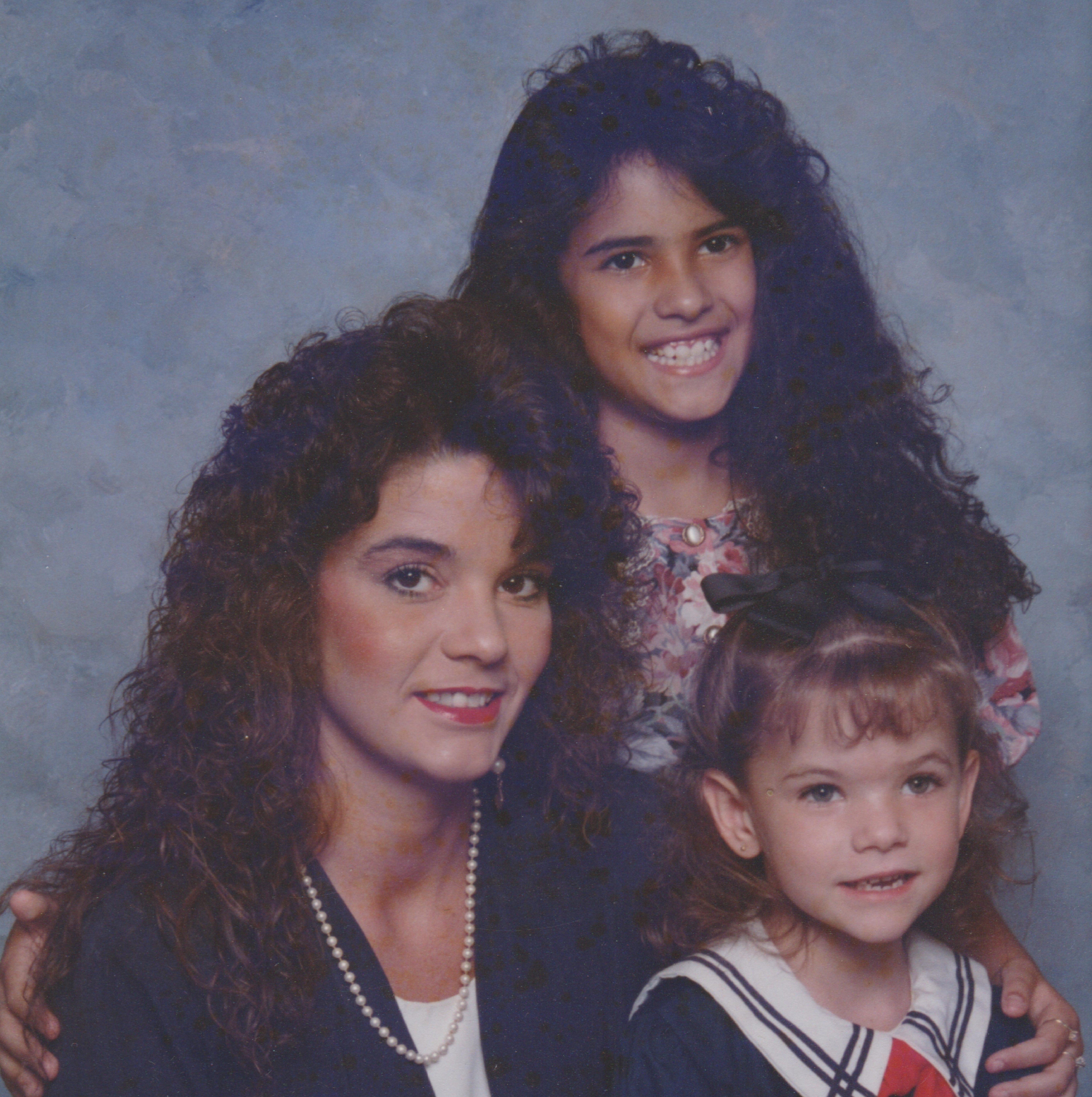 “I had no idea what it was. Me and my sister went to several doctor visits with her trying to learn more,” said Stephanie. One doctor visit stands out. We were sitting there, and I was sitting on the bed as she was in the chair by the doctor. My mother looked at me and said one day I will live in a nursing home but not today.”

Stephanie and her sister were at risk of inheriting HD. Every child of a parent with HD has a 50/50 chance of inheriting the faulty gene. The symptoms of HD are described as having ALS, Parkinson’s and Alzheimer’s – simultaneously.

“My mother’s symptoms started out with her movements, then staggered walking, speak, and later ability to eat,” Stephanie explains. “I can remember going in public and people just staring. It made me so angry.”

Katheryn moved closer to Stephanie’s sister and stayed there until she was not able to take care of herself anymore. She then moved to her parent’s house for a while but the symptoms began to take more control as she was then placed in a nursing home.

“The first one was wonderful,” said Stephanie. “We met some wonderful nurses that loved my mother. There were two nurses there that was my mother's favorite.”

In 2019, it was a rough year for Katheryn. She had uncontrollable outbursts that resulted in her going to four different behavioral centers. In September of 2019, Katheryn went to another nursing home and this was not a good experience.

“She did not do well with any kind of change,” Stephanie explains. “By January of 2020, she had multiple falls each week. They took her wheelchair away from her and told her she needed to crawl on the floor to get around. We spent several days, and weeks fighting this and even reported it to the state where nothing was done. The last fall she hit her head on a lift in the hallway. They were pushing her down the ramp and she went falling forward out the wheelchair and landed in the floor hitting her head.”

In February of 2020, after several failed attempts, Stephanie and her sister found a nursing home for Katheryn in her town. Katheryn was excited about the move and settled in. Then, two weeks later, their whole life changed.

On February 29th, Stephanie received a phone call that her mother was not responding and was sent to the ER. A CT scan revealed that she had subdural hematoma that was related to a fall she had in January.

“It never really set in what was happening,” said Stephanie. “My mother had been through so much in life and we just knew she would pull through this too. When she got out of surgery, she did great and couple days later they moved her to a regular room. We thought everything was going great and they were talking about sending her home the next day.”

Stephanie soon learned that every time that she would eat, she would also aspirate. Between the surgery and HD, it took everything that she had. For Stephanie and her sister, they would have to decide between feeding tube or no feeding tube.

“My sister and I had to make the hardest decision ever,” Stephanie explains. “My mom loved food. Holidays or visits we got her a huge bag with her favorite debbies, doughnuts holes, cheeseballs, and cokes. We knew the answer but making it was the hardest decision. We went with no feeding tubes because we knew what she wanted.” 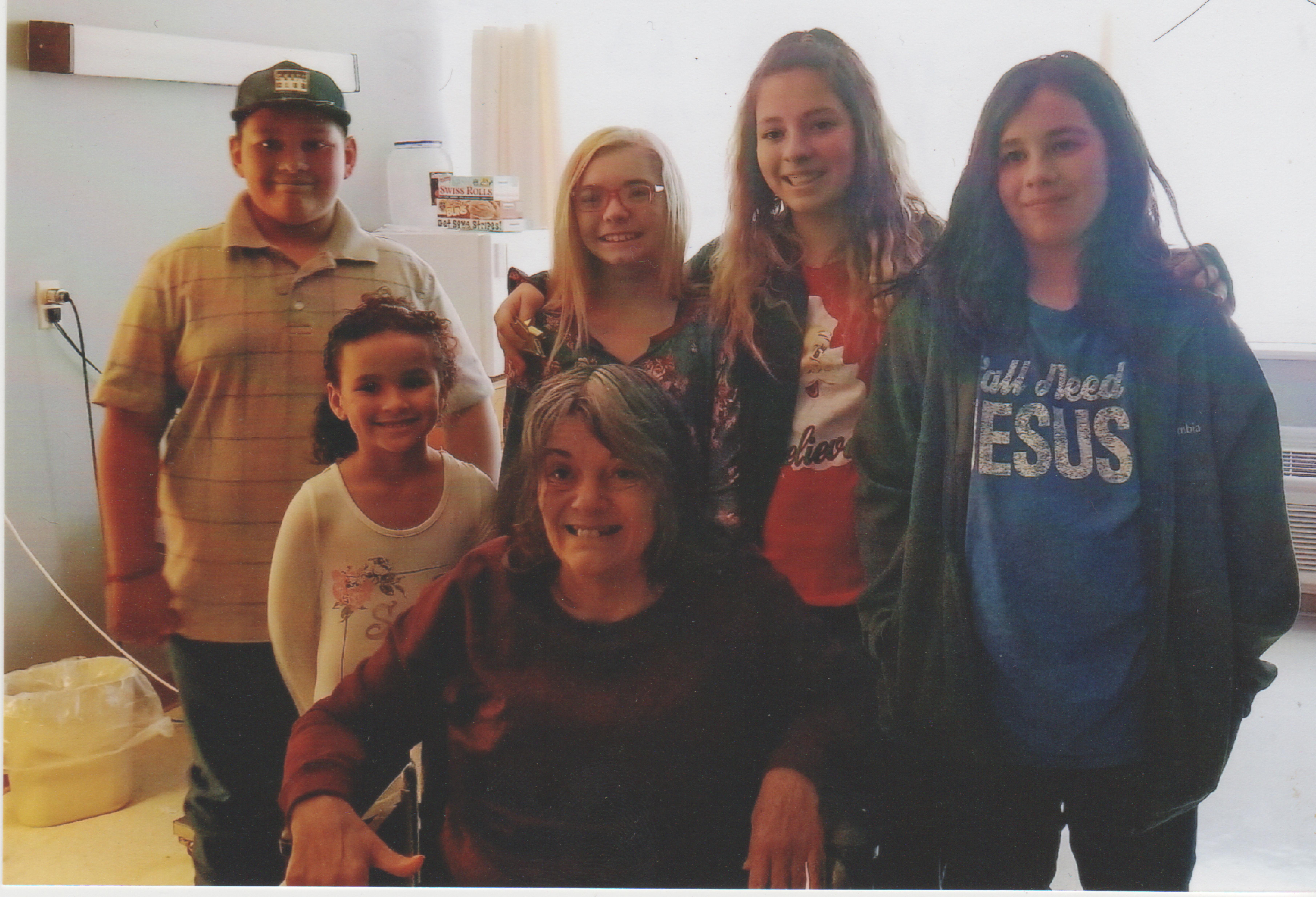 On March 26th, 2020, Katheryn passed away at the age of 55-years-old. Her children were by her side during the last days.

“My mother was a fighter,” said Stephanie. “She fought a long hard battle. This disease is not fair. You go from living a normal life to having all your abilities taken away. Never take the simplest things in life for granted. When we finally got my mom out of the bad nursing home, I told her I would always fight for her and be her voice that her battle was my battle.”

As for Stephanie and her sister, they were both tested for HD and tested negative. This means that Katheryn’s grandchildren will not be at risk for HD. The decision to get genetically tested is difficult to make. Each year, 5-10% are tested. It is never the right or wrong decision to be tested. There are people that see no benefit in knowing that they will develop the disease while others want to know in order to make informed choices about their future. It can take up to several weeks to receive your results from the genetic testing center.

Stephanie has a message for the HD Community:

“Never be ashamed. Educate anyone and everyone you can. Let us make it known to everyone what this disease is and what it does. Let us all pray for a cure together.”

Huntington’s disease (HD) is a fatal genetic disorder that causes the progressive breakdown of nerve cells in the brain. It deteriorates a person’s physical and mental abilities during their prime working years and has no cure. Every child of a parent with HD has a 50/50 chance of inheriting the faulty gene. Today, there are approximately 41,000 symptomatic Americans and more than 200,000 at-risk of inheriting the disease. The symptoms of HD are described as having ALS, Parkinson’s and Alzheimer’s – simultaneously.

HDSA was founded in 1967 by Marjorie Guthrie, the wife of legendary folk singer Woody Guthrie. Woody died from HD complications when he was only 55 years old, but the Guthrie family legacy lives on at HDSA to this day.